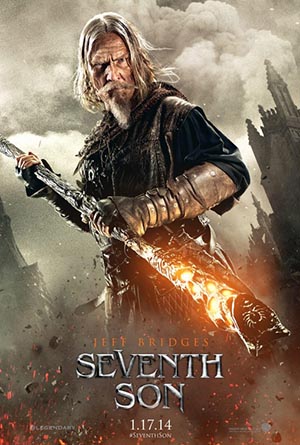 Stars: Ben Barnes Julianne Moore Jeff Bridges
Genres: Action Adventure Fantasy
When Mother Malkin, the queen of evil witches, escapes the pit she was imprisoned in by professional monster hunter Spook decades ago and kills his apprentice, he recruits young Tom, the seventh son of the seventh son, to help him. 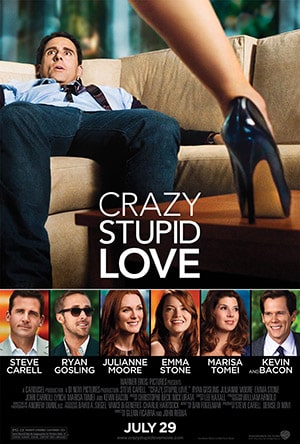 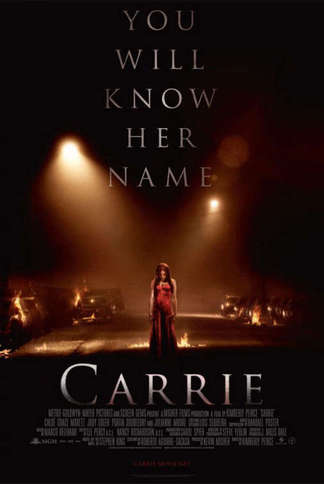 An unassuming high school girl named Carrie was born with telekinesis powers. Pressure from her fanatically religious mother and constant taunts from her peers only contribute to the development of her supernatural abilities. At graduation, her classmates decide to play a cruel prank on her, with fatal consequences. 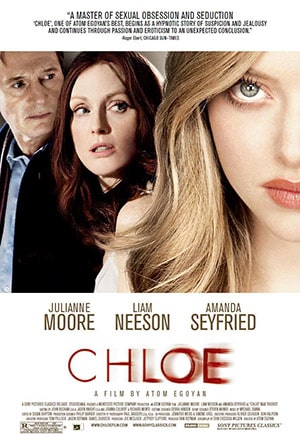 Catherine is a doctor, David is a professor, and they have a beautiful son. At first glance, it seems like a perfect family. But one day David misses a plane and misses a family celebration on his birthday. From that moment on, Catherine begins to suspect her husband of cheating. The woman makes a deal with Chloe, who is supposed to seduce David and provide detailed reports. But as time goes on, the reports become drier and the meetings between the two women become more and more frequent... 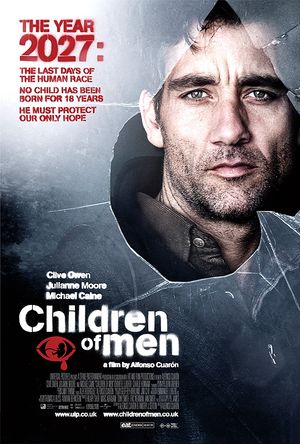 Stars: Julianne Moore Clive Owen Chiwetel Ejiofor
Genres: Action Drama Sci-Fi
In 2027, in a chaotic world in which women have somehow become infertile, a former activist agrees to help transport a miraculously pregnant woman to a sanctuary at sea. 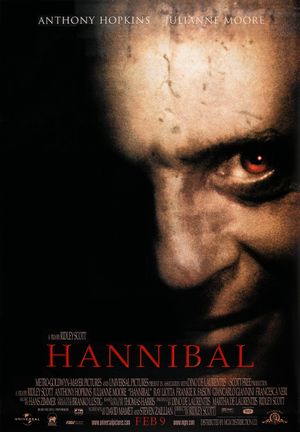 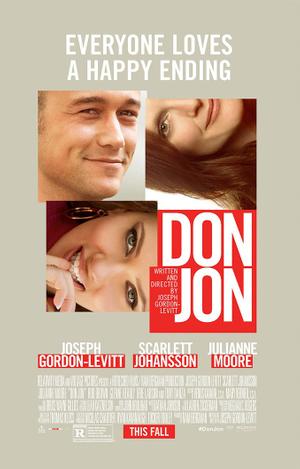 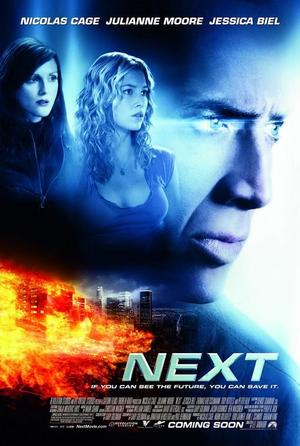 Stars: Nicolas Cage Julianne Moore Jessica Biel
Genres: Action Sci-Fi Thriller
A Las Vegas magician who can see into the future is pursued by FBI agents seeking to use his abilities to prevent a nuclear terrorist attack. 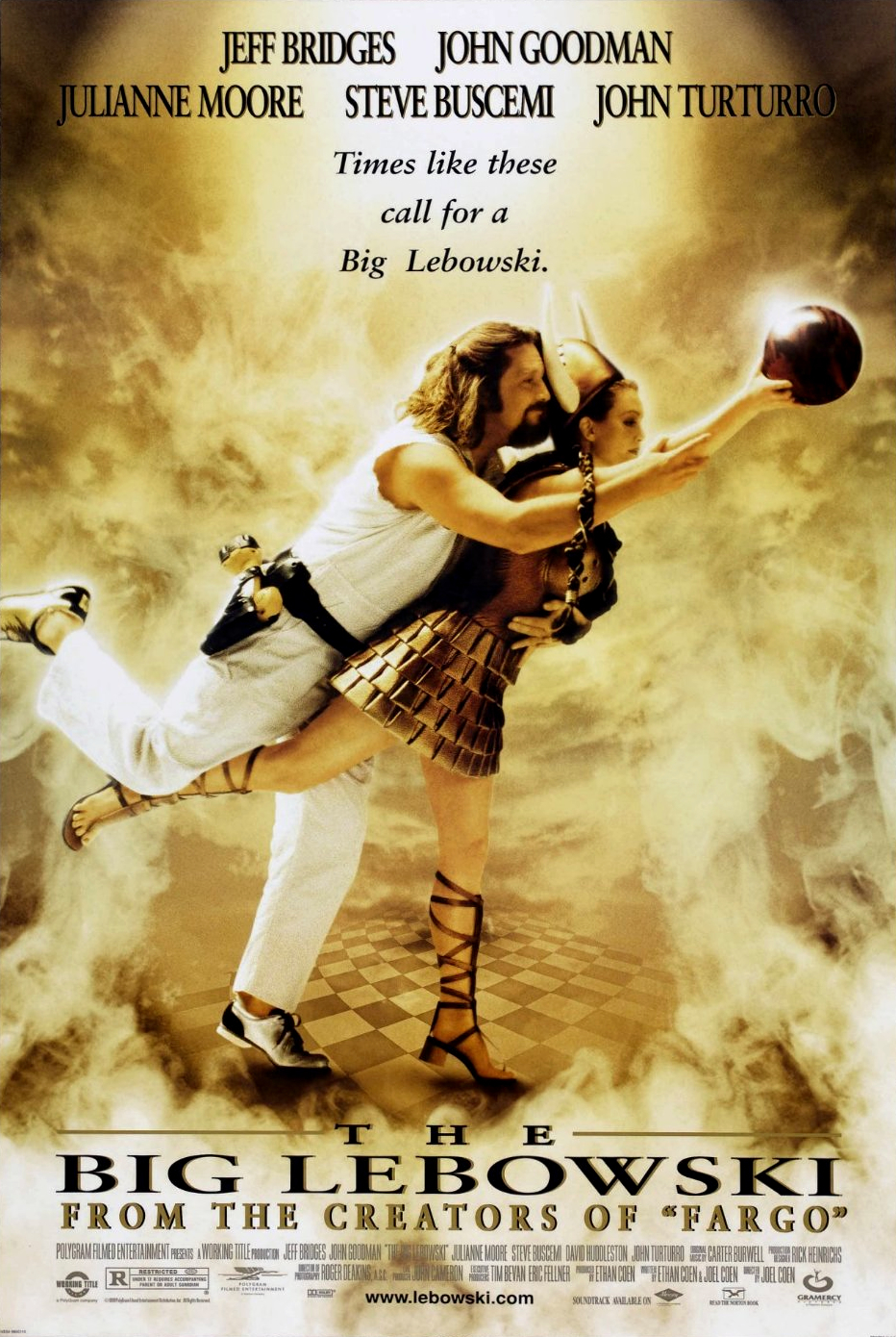 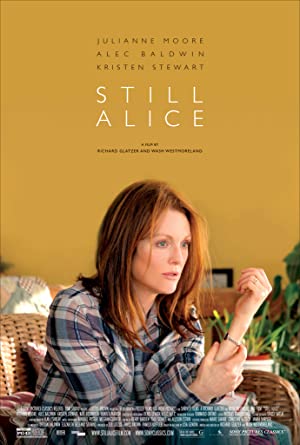 Stars: Julianne Moore Alec Baldwin Kristen Stewart
Genres: Drama
A linguistics professor and her family find their bonds tested when she is diagnosed with Alzheimer's Disease. 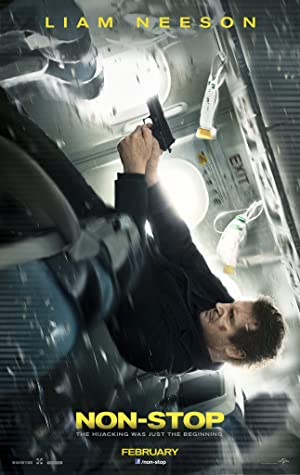 Stars: Liam Neeson Julianne Moore Scoot McNairy
Genres: Action Mystery Thriller
An air marshal springs into action during a transatlantic flight after receiving a series of text messages demanding $150 million into an off-shore account, or someone will die every 20 minutes. 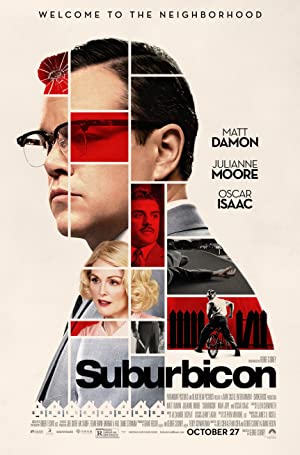 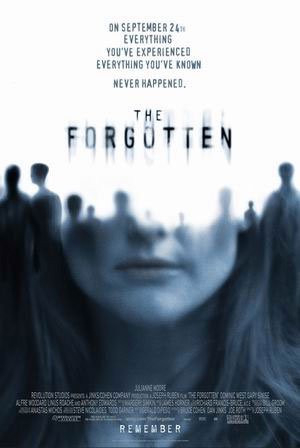 Stars: Julianne Moore Dominic West Christopher Kovaleski
Genres: Drama Mystery Sci-Fi
After being told that their children never existed, a man and woman soon discover there is a much bigger enemy at work.

Stars: Jeff Goldblum Julianne Moore Pete Postlethwaite
Genres: Action Adventure Sci-Fi
A research team is sent to the Jurassic Park Site B island to study the dinosaurs there, while an InGen team approaches with another agenda. 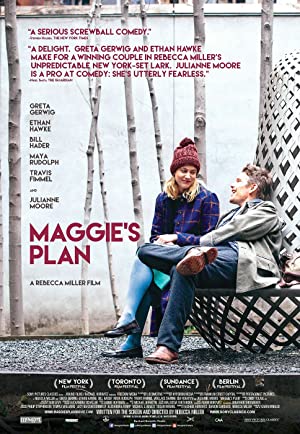 Stars: Greta Gerwig Ethan Hawke Julianne Moore
Genres: Comedy Drama Romance
Maggie wants to have a baby, raising him on her own, but when she gets romantically involved with John, a married man, things get complicated and all the balance of Maggie's plans may collapse. 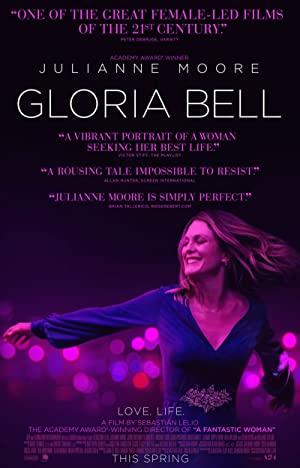 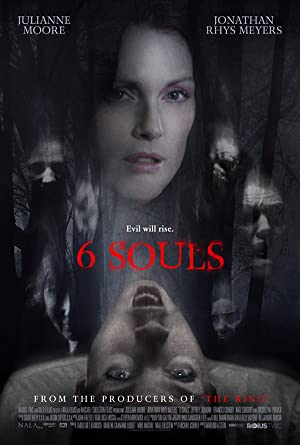 Stars: Julianne Moore Jonathan Rhys Meyers Jeffrey DeMunn
Genres: Horror Mystery Thriller
A forensic psychiatrist discovers that all but one of her patient's multiple personalities are murder victims. She will have to find out what's happening before her time is finished. 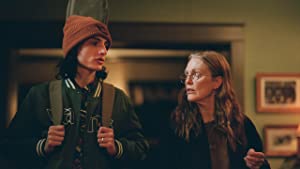 Stars: Julianne Moore Finn Wolfhard Billy Bryk
Genres: Comedy Drama
Evelyn and her oblivious son Ziggy seek out replacements for each other as Evelyn desperately tries to parent an unassuming teenager at her shelter, while Ziggy fumbles through his pursuit of a brilliant young woman at school. 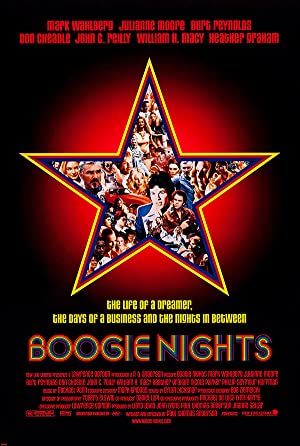 Stars: Mark Wahlberg Julianne Moore Burt Reynolds
Genres: Drama
Adult film director Jack Horner is always on the lookout for new talent and it's only by chance that he meets Eddie Adams who is working as a busboy in a restaurant. Eddie is young, good looking and plenty of libido to spare. Using the screen name Dirk Diggler, he quickly rises to the top of his industry winning awards year after year. Drugs and ego however come between Dirk and those around him and he soon finds that fame is fleeting. 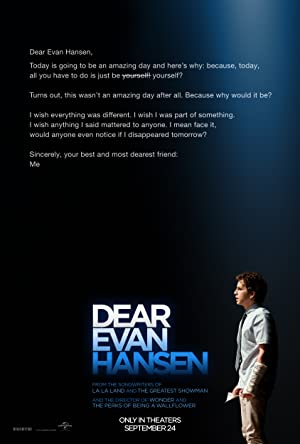 Stars: Ben Platt Julianne Moore Kaitlyn Dever
Genres: Drama Musical
Film adaptation of the Tony and Grammy Award-winning musical by Steven Levenson, Benj Pasek, and Justin Paul about Evan Hansen, a high-school senior with a severe social-anxiety disorder, whose letter to himself that was not meant to be seen by others, lands wrongly into the hands of a classmate who, as a result, commits suicide. This incident sends Evan on a journey of self-discovery and gives him the chance to finally be accepted by his peers and live the life he never dreamed he could have. 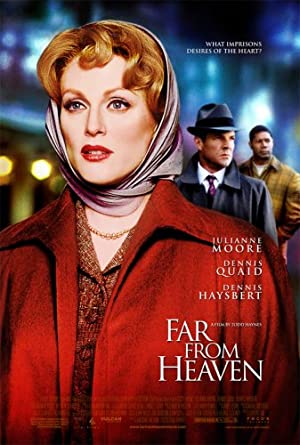 Stars: Julianne Moore Dennis Quaid Dennis Haysbert
Genres: Drama Romance
Cathy is the perfect 50s housewife, living the perfect 50s life: healthy kids, successful husband, social prominence. Then one night she stumbles in on her husband Frank, kissing another man, and her tidy world starts spinning out of control. In her confusion and grief, she finds consolation in the friendship of their African-American gardener, Raymond - a socially taboo relationship that leads to the further disintegration of life as she knew it. Despite Cathy and Frank's struggle to keep their marriage afloat, the reality of his homosexuality and her feelings for Raymond open a painful, if more honest, chapter in their lives. 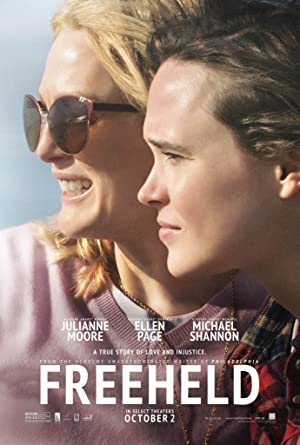 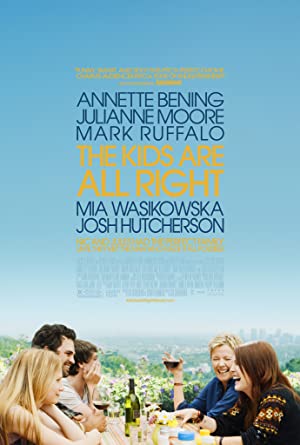 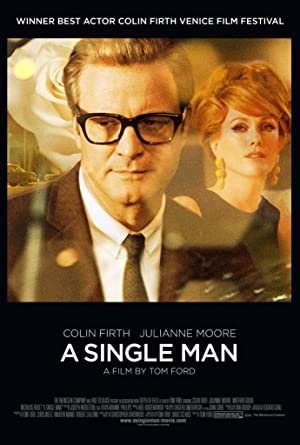 Stars: Colin Firth Julianne Moore Matthew Goode
Genres: Drama Romance
An English professor, one year after the sudden death of his boyfriend, is unable to cope with his typical days in 1960s Los Angeles. 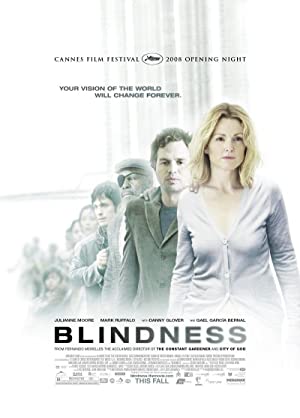 Stars: Julianne Moore Mark Ruffalo Gael García Bernal
Genres: Drama Mystery Thriller
A city is ravaged by an epidemic of instant "white blindness". Those first afflicted are quarantined by the authorities in an abandoned mental hospital where the newly created "society of the blind" quickly breaks down. Criminals and the physically powerful prey upon the weak, hoarding the meager food rations and committing horrific acts. There is, however, one eyewitness to the nightmare. A woman whose sight is unaffected by the plague follows her afflicted husband to quarantine. There, keeping her sight a secret, she guides seven strangers who have become, in essence, a family. She leads them out of quarantine and onto the ravaged streets of the city, which has seen all vestiges of civilization crumble. 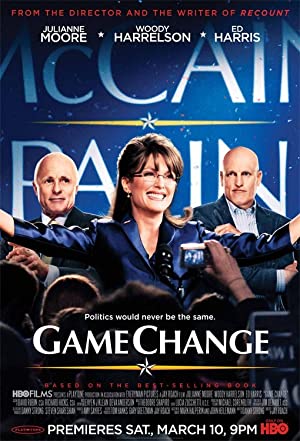 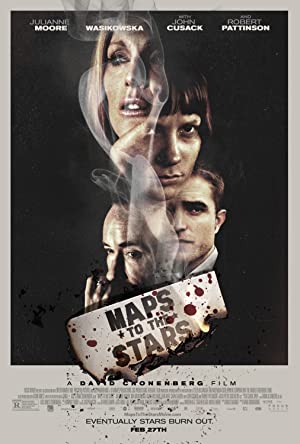 Stars: Julianne Moore Mia Wasikowska Robert Pattinson
Genres: Comedy Drama
The Weiss family is the archetypical Hollywood dynasty: father Stafford is an analyst and coach, who has made a fortune with his self-help manuals; mother Cristina mostly looks after the career of their son Benjie, 13, a child star. One of Stafford's clients, Havana, is an actress who dreams of shooting a remake of the movie that made her mother, Clarice, a star in the 60s. Clarice is dead now and visions of her come to haunt Havana at night... Adding to the toxic mix, Benjie has just come off a rehab program he joined when he was 9 and his sister, Agatha, has recently been released from a sanatorium where she was treated for criminal pyromania and befriended a limo driver Jerome who is also an aspiring actor. 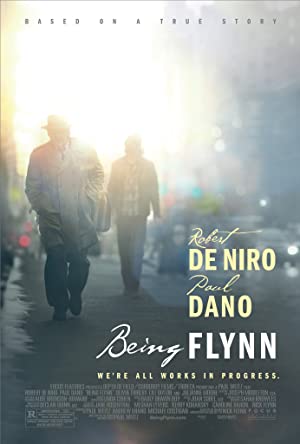 Stars: Paul Dano Robert De Niro Julianne Moore
Genres: Drama
Nick Flynn, in his 20s, hasn't found his place in the world yet, but hopes to be a writer. Around the time he takes a job at a homeless shelter in Boston, his father, Jonathan, who considers himself a great writer and who hasn't see Nick in years, abruptly makes fleeting contact. A few months later, the down-and-out Jonathan shows up at Nick's shelter and becomes a resident. This disorients Nick; he doesn't handle it well, compounded by Jonathan's belligerent behavior. Nick's memories of his mother, his budding relationship with a co-worker, and his own demons make things worse. Can anything improve? Is he his father's son?